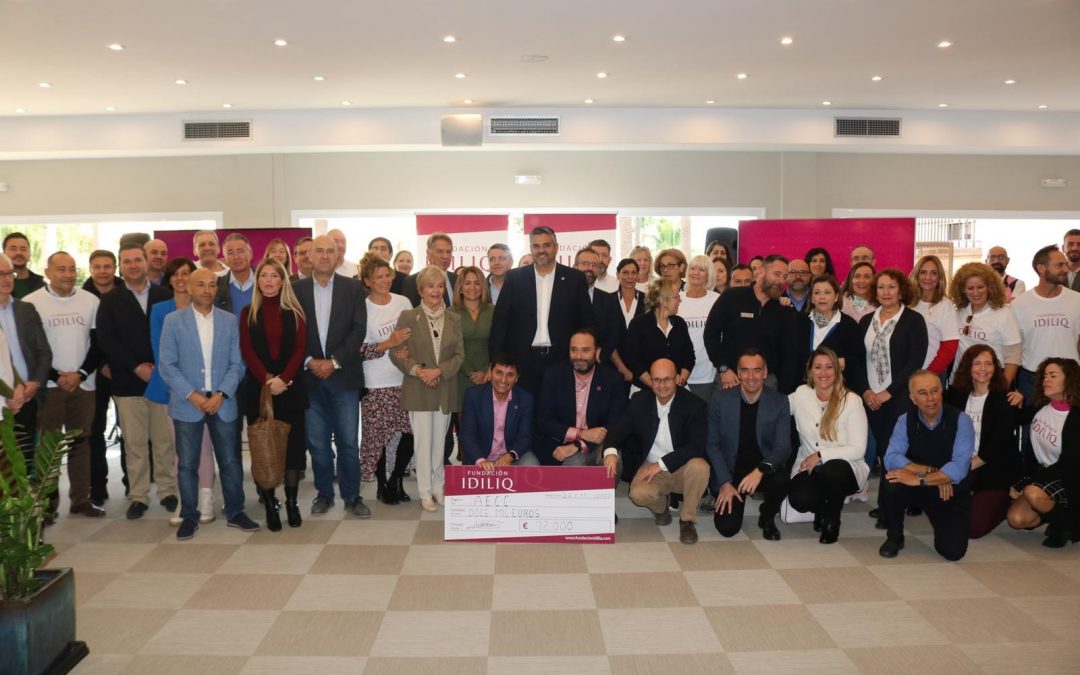 IDILIQ Group staff have come together to raise awareness and important funds to help in the fight against Breast Cancer.

The Mayor of Mijas, Josele González, together with the rest of the authorities of the corporation and political representatives of Fuengirola, attended the event which culminated in handing a cheque for 12,000 Euros to the Spanish Association Against Cancer of Malaga and Fuengirola-Mijas (AECC). The event was also attended by a representative of the AECC accompanied by employees of the company.

The event was a result of a wide range of fundraising activities carried out during October and November, such as the sale of IDILIQ Foundation T-shirts, AECC ribbons and bracelets, charity breakfasts and lunches, raffles, raffles, tombolas, and much more.

The founder of IDILIQ Group, Roy Peires, paid tribute to the company’s workers, saying: “Thank you for all your effort, dedication and the incredible work you do throughout the year.”

For his part, the president of the IDILIQ Foundation, Juan Miguel Marcos, once again thanked the volunteers: “Thank you very much for your collaboration and enthusiasm in organising the activities carried out. Together you have made it possible for us to be here today and for us to donate 12,000 Euros to the AECC.”

The provincial manager of the AECC, Pedro González, explained that all the proceeds will go to breast cancer research, as well as to psychological support and the economic vulnerability of the patient.

Likewise, the mayor of Mijas, Josele González, highlighted the great solidarity of the IDILIQ Group team which, year after year, is committed to the municipality and causes as praiseworthy as the AECC’s fight.

Once again, this initiative demonstrates the IDILIQ Foundation’s commitment to helping the wider public, especially those who need it most.

No comments to show.